Home » Website » Hindu » Victory march for some, nightmare for motorists 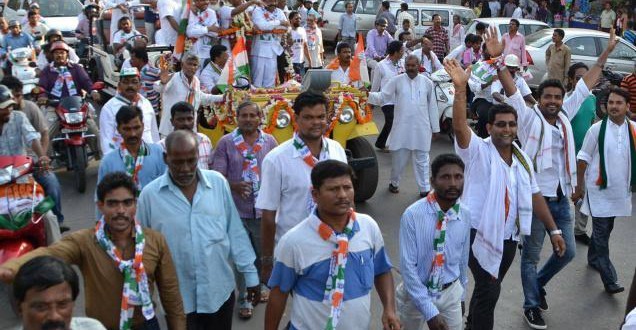 Image from Post Regarding Victory march for some, nightmare for motorists

Victory march for some, nightmare for motorists

The procession marking the victory of Congress candidate J.R. Lobo in the recent State Assembly elections not only saw jubilant workers, tableaux, music and dancing, but also frustrated motorists as traffic was thrown out of gear through Tuesday evening.

Hundreds of Congress workers — piled in cars, trucks, and even floats depicting Yakshagana dancers — made their way from Nehru Maidan to Kulashekar Church where there was a victory meeting organised by Mr. Lobo for his election as MLA of Mangalore South constituency. While the workers stopped at almost every junction, bursting crackers, or performing Huli Vesha or dancing, there were scores of stranded commuters behind.

Between 5.30 p.m. and 8.30 p.m., traffic in the city was thrown out of gear. Hampankatta junction, Bendoor well, Mallikatte, Nantoor, Bikarnakatte were the worst affected. At one point, a line of vehicles were seen at a standstill between Kulashekar Church and St. Agnes College.