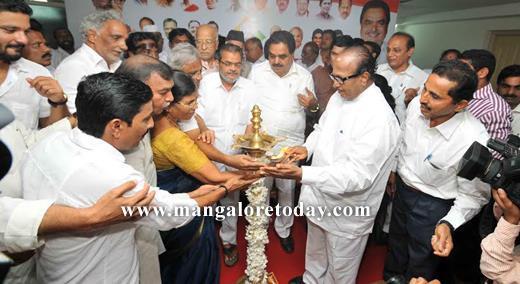 Mangalore, Mar 24, 2014 : Union Minister for Surface Transport and Highways Oscar Fernandes inaugurated the Election Campaign Office of the Congress Party at the Exotica Building at Balmatta on March 24, Monday morning. Oscar lighted the traditional lamp along with other dignitaries on the occasion.

In his address, Oscar wished success to B Janardhana Poojari, the party’s Lok Sabha candidate from Dakshina Kannada constituency. He said the party workers would work unitedly for the victory of its candidate.