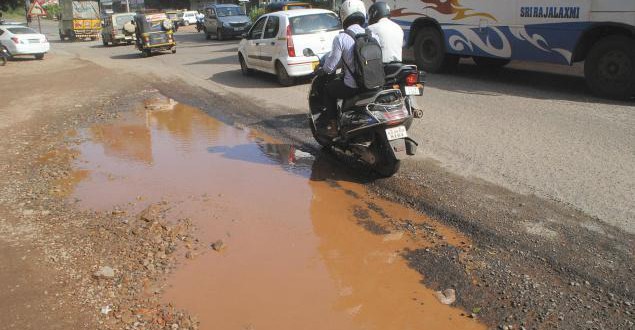 Image from Post Regarding St. Agnes Circle-Mallikatta Junction Road to be concreted in two months: MLA

Tar road between St. Agnes Circle and Mallikatta Junction and from Kadri Junction to Kamadhenu Gas Agency on the Nanthoor Road will be upgraded as a four-lane concrete road shortly.

Speaking to presspersons on the occasion, he said that both the works would be over in two months.
The 255 metre long road between St. Agnes Circle and Mallikatta Junction would up upgraded at an estimated cost of Rs. 1.40 crore and the upgrading work from Kadri Junction to Kamadhenu Gas Agency would cost Rs. 1.42 crore. Both the roads would be 15 metre wide including one metre wide median.