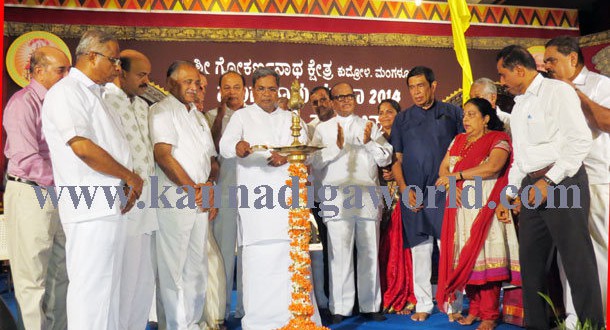 Mangalore, September 27:  On the eve of the 9 days, Navaratri festival celebrations at Sri Gokarnanatha Temple, “Mangalore Dasara” which will be held at the venue was inaugurated by the Honourable Chief Minister of Karnataka Mr. Sidaramaiah on Saturday evening.

Framer behind the renovation of the Temple and Mangalore Dasara- former Union Minister B. Janardhana Poojari presided over the ceremony.

On the occasion of Dasara, daily Pushpalankara Mahapooja will be preformed to Shree Mahaganapathi, Sri Sharada Matha. Moreover, special cultural program in the evening will be organised daily.