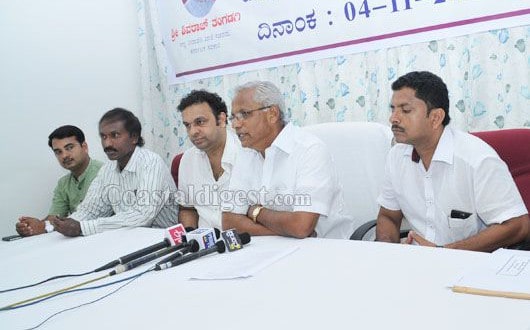 Addressing media persons here the said that as as suggested by Central Civil Aviation Minister of state G M Siddeshwara, the runway can be developed in Cochin airport model with Public Private Partnership (PPP).

On the other hand, the Non Resident Indians (NRI) are enthusiastic to invest money. It will help more private airlines to start their service from Mangalore, which will help for the development of the state. “I will try to attract the attention of the government with Infrastructure Development Minister R Roshan Baig,” he said.

He also said that NRIs are requesting to allow their children to write Common Entrance Test (CET) in India. It is allowed in neighbouring states like Maharashtra, Kerala and Goa.

“It is a long pending demand, so this time I will request Higher Education Minister R V Deshpande to give prominence to it,” he said.
Mr Lobo said that to protect the Port City from the flood waters of Nethravathi and Gurupur rivers, the State Minor irrigation department has started 16 retaining wall projects worth Rs 3.40 crore sponsored by Nabard.

He said that retaining walls will be built at identified places of Padau, Maroli, Kulshekar, Kudupu, Kankanadi, Alape, Bajal, Jappinamogaru and Boloor villages.The work would be completed within three months. An additional proposal of projects worth Rs 8 crore has been submitted to the government, he said.

Under Flood Management Project, a special project of Rs 150 crore has been chalked out for Nethravathi flood management and the proposal is before the State government. It is a Central- State partnership project, wherein Central government would invest 50 per cent of the total cost, he said.