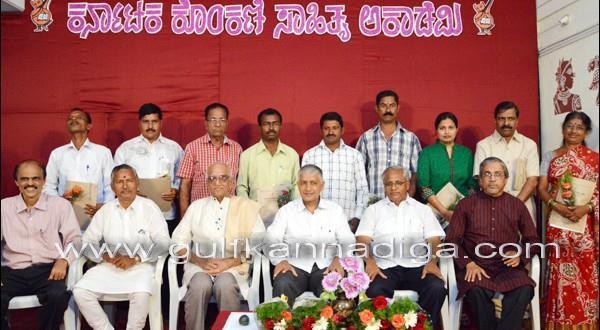 Mangalore, March 6: In a glittering ceremony, recently appointed President of the Karnataka Konkani Sahitya Academy, Roy Castelino assumed his office for the term of 2014-2017 on March 6, Thursday.

Speaking on the occasion, Roy Castelino said that he will work for the development of Konkani language and culture.

He also said that Konkani language and culture need lot of support from its readers to work towards the integrated growth and development.

Roy also urged the Konkani speaking communities to promote Konkani language, literature and culture and safeguard it through centuries.

Participating as the chief guest Mangalore South MLA JR Lobo handed over the appointment letter to Castelino and said that the Konkani communities must cultivate the habit of speaking their mother tongue than using other languages at home.

Devadas Pai , registrar of the Academy briefed on the contribution of Roy Castelino towards the promotion of Konkani language, besides being a builder by profession.