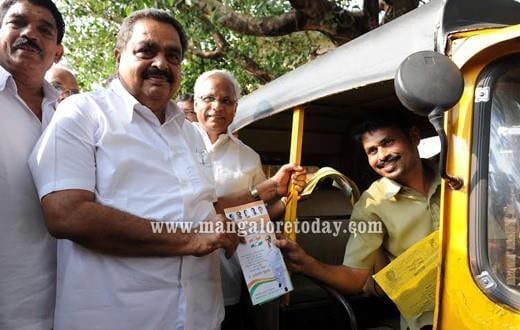 Image from Post Regarding Rai, Lobo on novel campaigning spree in city

Mangalore, April 13, 2014: In a novel means of campaigning, DK District in-charge Minister B Ramanatha Rai and Mangalore South MLA JR Lobo appealed to autorickshaw drivers in the city to cast their votes in favour of Congress candidate B Janardhana Poojary.

The two visited the autorickshaw stands in various parts of the city, the campaigning was inaugurated by the minister himself at the auto park near RTO in the city.

Speaking on the occasion, Rai said Poojari if elected would strive for the welfare of autorickshaw drivers.