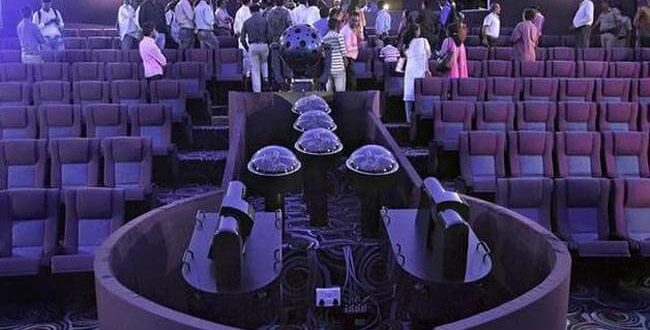 Swami Vivekananda Planetarium is India’s first and Asia’s second (after Singapore) planetarium with active 3D, 8K digital with opto-mechanical (hybrid) projection system, making it the world’s 21st planetarium equipped with this facility. This planetarium has an 18-m dome allowing the viewers to get a 360-degree view of the 3D presentation. Information relating to the stars, sun, moon, planets and other wonders of the universe can be acquired at this 3D planetarium.

“Pilikula Development Authority will be soon created for the all round development of Pilikula Nisargadhama. It will be setup once the Governor’s signature is received,” said M.R.Seetharam speaking to the gathered.

“This planetarium is going to take a decisive role in the spread of knowledge regarding astronomy and science. It helps in easily bringing knowledge to people, especially the students. This planetarium is the state’s pride. Dr. K. Shivaram Karanth Biological Park along with Pilikula Nisargadhama have now achieved international recognition,” he added.

The project started at an estimation of 11 crore rupees increased to 24 crore rupees by 2014 and finished at a total cost of 35.69 crore rupees.  The additional amount was provided by the Chief Minister in one go.

Minister for Forest, Ecology and Environment Department B. Ramanath Rai inaugurated an astronomy and science exhibition in the vicinity of the planetarium and wished it well. MLA B.A.Mohiuddin Bava of  Mangaluru North constituency released an information book and appreciated the fact that this planetarium is special for the whole nation and is a matter of pride.

Mangaluru South constituency MLA J.R. Lobo expressed that this planetarium makes it even easier for the spread of knowledge. Moodabidri MLA K. Abahyachandra Jain presided over the programme and thanked the chief minister for providing this facility to no just Mangaluru but also for the whole district.

A model market should be constructed at Alike in the city: MLA JR Lobo