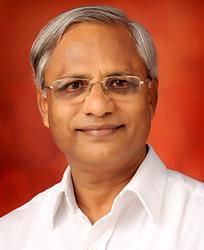 JR Lobo 11. “Returning Officer has issued three notices. One such notice is regarding the interview of J R Lobo taken by V4 Channel under its Title “Rajya Samara”. V4 Channel had taken interview of BJP candidate Yogesh Bhat also but no notice was issued to him.

2. The Times of India had published an article “Committee tightens screws on paid News”. Adjacent to this news, a photo of J R Lobo seeking votes from general public was published. For such act of The Times of India, Returning Officer has issued a show cause notice to J R Lobo stating as to why such article cannot be treated as paid news.

3. When J R Lobo was seeking votes from general public near Pandeshwar Temple, Sahaya TV interviewed Lobo for a few seconds. Returning Officer has issued show cause notice as to why the same cannot be considered as paid news.

“All three notices have been suitably replied to. J R Lobo has not paid any money to news channels or to The Times of India,” Noronha clarified. Even if any adverse orders are passed by the Returning Officer, at best they can add those expenses to the account of the candidate. Besides this there is a provision for appeal.

Hence the public should not be misled by the press conference of the deputy commissioner,”the advocate for JR Lobo said.