Home » Hindu » Padil-Bajal RuB expected to be ready by October 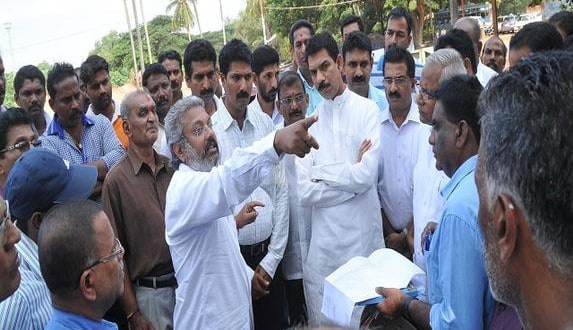 Padil-Bajal RuB expected to be ready by October

A road-under-bridge (RuB) at Padil-Bajal Road Railway level-crossing near Mangaluru Junction Railway Station will be ready by the end of monsoon in 2015.

Stating this to the media after an inspection of its works on Monday, MP of Dakshina Kannada, Nalin Kumar Kateel and MLA of Mangaluru City South, J.R. Lobo said that all efforts would be made to allow traffic through the RuB by this October. Although Southern Railway has pushed reinforced cement concrete boxes under the railway lines there are issues relating to building approach roads on both the sides, they said.

Mr. Kateel and Mr. Lobo said that the height of the cement concrete boxes is 5.50 mts. Mangaluru City Corporation wants it to reduce by a metre as otherwise during rainy season water from a nearby drain would flood the boxes. If the height was reduced, it would help the corporation to build less steep approach roads on both the sides.

They said, adding, that the corporation would have to shift a water supply line for allowing railways to build retaining wall on both the sides of the RuB. The issue would be sorted out amicably, they said.