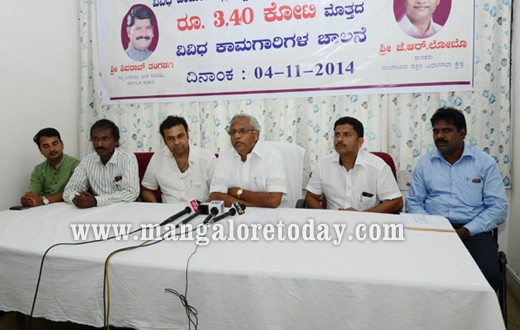 Mangaluru, Nov 04, 2014: JR Lobo, MLA of Mangalore South has informed that many NRIs based in Kuwait have expressed their willingness to invest in the proposed Mangaluru Airport runway expansion project.
Speaking to reporters in Mangaluru on November 4, Tuesday, Lobo said he had met NRIs during his recent visit to Kuwait.

The MLA also recalled the recent statement made by Union Minister GM Siddeshwara that the Centre had no enough funds for the Rs 1100 crore runway expansion project and that the project could very well be implemented under PPP model as done at Kochi.

Pointing out that the expansion of runway would help in landing bigger aircrafts further contributing to the growth of the region, Lobo said the willingness of NRIs to invest in the project would be intimated to the state government.

The MLA informed that the state government was considering the proposal of Netravathi river flood management project costing Rs 150 crores and added that if approved by the Centre, the project will be implemented through equal contributions from both State as well as Union Governments.