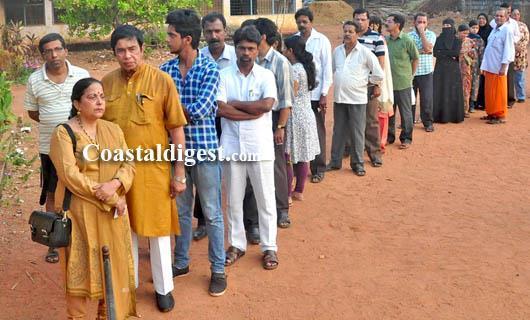 Image from Post Regarding Moderate to brisk polling across Coastal Karnataka

The polling started at 7a.m. in most of the polling stations, barring a few polling booths, where the process was delayed due to some technical snags in the Electronic Voting Machines (EVMs). Amid tight security, moderate voting was underway in naxal-affected areas of Western Range.