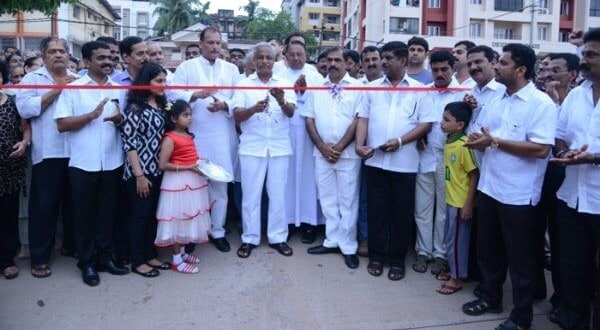 Image from post regarding Roads, footpaths to be developed in two years: MLA

M’luru: Roads, footpaths to be developed in two years: MLA

Mangaluru, Sep 29: “With the help of grants from various sources including City Corporation, various government departments and MLA Area Development Fund, all the roads and footpaths in the city will be developed in two years,” said MLA J R Lobo on Sunday.

He told mediapersons after inaugurating Bejai-Aneguddi road, which was developed at a cost of Rs 1.65 crore under chief minister’s special grant. Later, he also laid the foundation stone for the concretisation of sub lane in Aaneguddi which will cost around Rs 30 lac under SFC grant.

“Improving transport facility is a key to development. Good roads will facilitate the growth of the city. Apart from working on poor roads, a new by-pass lane has been proposed between Nethravathi Bridge to Kannur, which will come up on the river bank. Later, we will also introduce a similar proposal from Nethravathi bridge to Kulur. It will help in decongesting vehicular movement and the city will see less traffic,” the MLA said.