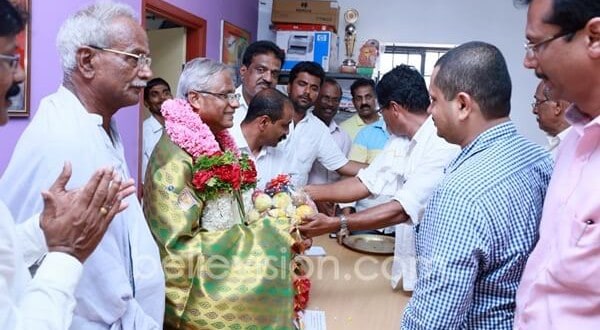 Mangaluru, 17 Sep 2015: The governing council of Sri Suryanarayana temple, Maroli, here on Wednesday September 16, felicitated MLA JR Lobo for being appointed as the chairman of Karnataka Legislative Committee on the Welfare of Backward Classes and Minorities.

After inspecting the ongoing construction work at the temple, which is coming up at an estimated cost of Rs 16 crore, MLA presided the progress review meeting of temple development Committee held in its premises.