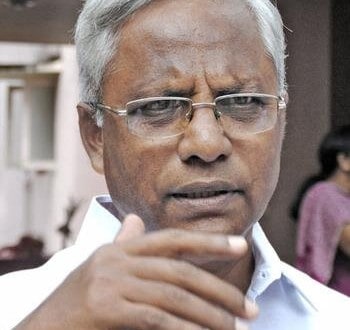 Five days after the city went without water, elected representatives on Thursday dissected the issue to save the main water supply lines between Thumbe vented dam and the city from encroachment and damage.

At a meeting with elected representatives and officials of the Mangaluru City Corporation (MCC) J.R. Lobo, MLA, Mangaluru City South, instructed the officials to remove the debris and soil dumped on top of the two main pipelines to a length of 1.5 km in Kannur and Adyar areas, within two days.

The officials told the meeting that the two pipelines, one of 1,000 mm diameter and another of 1,100 mm diameter, were now submerged in about six metres-deep debris and soil, due to land-filling activities near Kannur and Adyar areas.

The MLA wondered why the civic body was delaying the identification of the persons responsible for dumping the debris and soil on top of pipelines.

At one point the MLA said that he did not understand why the officials should hesitate to file the complaint.

“Whoever it may be, identify them and file the complaint,” the MLA reiterated. The officials promised that it would be done but they did not give any deadline.

The MLA asked officials why they did not take any action when land-filling was going on around the two pipelines with a total capacity to supply 160 MLD (million litres a day) of water to the city from the dam.

Mr. Lobo said that if an inquiry was conducted on the issue the engineers concerned should have been under suspension. There should be regular check of the two pipelines for leaks, cracks or other signs of wear and tear, he said.

He instructed them to have an alternative plan with them to face any such eventualities in future.

The plan should entail requisitioning the services of organisations such as New Mangalore Port Trust (NMPT), Mangalore Chemicals and Fertilizers, Mangalore Refinery and Petrochemicals Ltd. (MRPL), including their machinery, to meet any such exigency in future.

The MCC officials should have the updated contact numbers of all private tanker owners and those from organisations such as Karnataka Milk Federation and MRPL which can be utilised to distribute water in case of emergency.

Whoever the guilty may be, identify them and file a complaint.