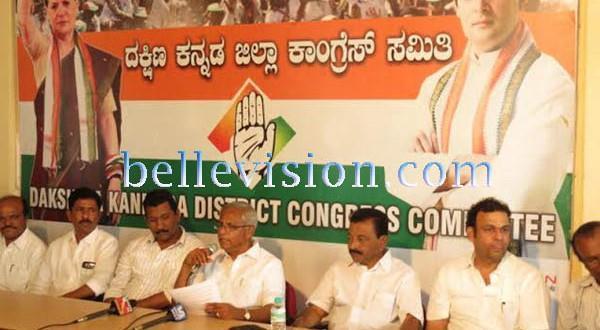 Mangalore, 7 Feb 2014 : MLA J R Lobo has said that he has been opposing the concept of Greater Mangalore since beginning. Expanding the area under Mangalore City Corporation will be an additional burden to the Corporation.

To a query, MLA Lobo said that as the new areas which will be included in Greater Mangalore are not developed, the MCC will have to use its funds for providing basic facilities to the newly added areas. The area under MCC is 162 square kilometers.

At the same time, students from the new areas like Mulky, Ulaibettu, Konaje will be denied of rural weight-age quota, once the area comes under the Greater Mangalore limits.

MLA Lobo said that development works worth Rs 461.55 crore has been sanctioned to Mangalore South Assembly constituency, since the Congress government came to power eight months ago. The MLA said that footpaths, UGD will be given priority under III phase of Rs 100-crore Chief Minister’s grant and II phase of ADB project.

The municipal markets at Urwa Store, Urwa, Central Market, Kadri and Kankanady will be developed on Public Private Partnership mode. The government has sanctioned health centres to Shakthinagara, Kadri, Padil, Ekkur, Jeppu, Bunder and Bengre. A sum of Rs 3.06 crore has been sanctioned to the health centres.

A proposal of Rs 21 crore to expand dry fish market, fish auction centre, renovation of Old Port has been sent to the National Fisheries Development Board, Hyderabad for approval, said MLA MLA Lobo.

Lobo said that he has impressed upon the Chief Minister Siddaramaiah to include the proposal on feasibility study for the proposed metro train service between Konaje and Manipal, in the upcoming budget. ‘I have also asked the energy minister and higher education minister to take up laying of underground electrical cable in Mangalore city and to start a night engineering college at KPT,’ said MLA Lobo.

Mangalore City Corporation’s plan on developing a private bus stand adjoining National Highway 66 at Pumpwell seems to be in limbo. The MLA said that the available land for the bus stand itself is complicated. Approach road to the bus stand is a biggest problem. A technical committee will study a technical feasibility of the proposal,’ said MLA Lobo.

To a query on hanging bridge between Sultan Battery and Tannirbavi, MLA Lobo said that scarcity of fund is hampering the work. Though the proposal on hanging bridge was sanctioned in 2007, the government had released only Rs 1 crore between 2008 and 2012. The work commenced in 2013 without releasing the amount needed. Now, the estimate has been revised to Rs 14 crore. I have not dropped the proposal and have been impressing upon the Chief Minister and tourism minister to release the funds to complete the project, said MLA Lobo.