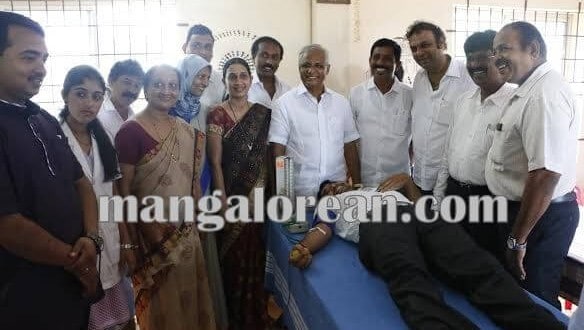 Image from post regarding Mangaluru: Service to the People Will Strengthen the Party – MLA J R Lobo

Mangaluru: Service to the People Will Strengthen the Party – MLA J R Lobo

The programme began with an invocation. MLA J R Lobo inaugurated the camp by lighting the traditional lamp along with other dignitaries.

Addressing the gathering, J R Lobo said that, to strengthen the party from its roots, programmes that help people in their needs should be organised. He further said, “I have plans to organize some programmes for the poor. Already in Capitanio,Mangaladevi and Kudroli, we have organized free medical camps which the people of that area have appreciated. I will hold public meetings as well as free medical camps every month in every ward.”

“Along with the government funds, we are working with the donors to organize various programmes for the welfare of the poor. We will also hold free medical tests, distribute free spectacles, medicines for the needy, dental check-up and blood donation camps in association with various hospitals,” he added.