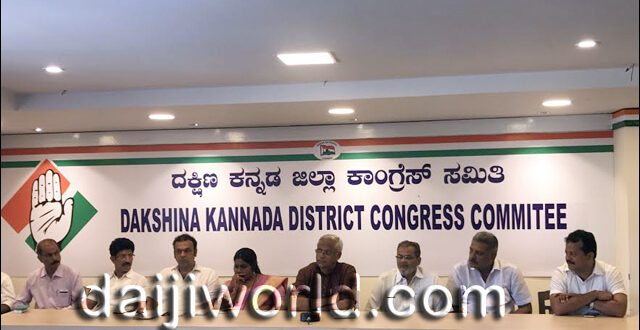 Mangaluru, Mar 18: J R Lobo, MLA of Mangaluru south constituency on Saturday, March 18 praised Chief Minister Siddaramaiah for his balanced and people-friendly budget and said that he had never seen such a visionary and progressive budget all his life.

Addressing a press meet at the district congress office he said, “A seperate fund of Rs 50 crore has been allocated for Indians returning unemployed from Gulf countries. As chairman of the NRI forum, I had requested for the formation of NRI corporation on the lines of Department of Non-resident Keralites Affairs (NORKA) and submitted a study report in the assembly. Showing concern, the government has assured us of granting fund for the same. Its good times for NRIs. I would like to thank the CM on behalf of the entire NRI community”.

“According to state budget, district Wenlock hospital will be upgraded as a regional hospital. Earlier, we had regional hospital in Mysuru only. A sum of Rs 35.69 crore has been allocated for a planetarium in Pilikula. I would like to thank former MLA N Yogish Bhat for his contribution in the ambitious project. We are planning to inaugurate the planetarium by the end of this year,” he added.