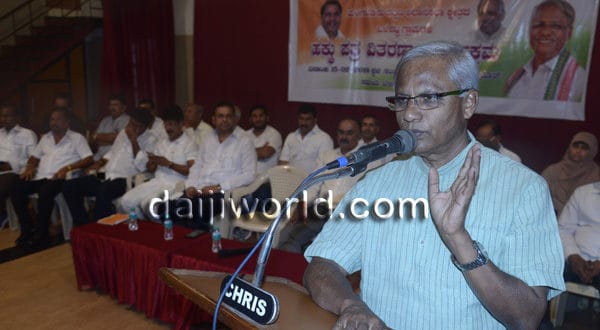 Addressing the gathering, MLA J R Lobo said, “Today 400 title deeds have been distributed and this work is very important because this wipes the tears of the poor. Last time during my election campaign people of Bengre had demanded to provide title deeds as they could not obtain any government facilities and on February 10th, total of 1,138 families were handed over the title deeds at Bengre and still few more title deeds have to be given on February 17 to them. Siddaramaiah government has changed the law relating to the title deeds and I thank revenue minister Kaagodu Thimappa for making this successful and this was not possible without joining hands of revenue officials and village accountant.”

“We have already received 4000 applications out of which 1000 flats have been allotted at Shakthinagar which is in process. I have dream to construct 2000 more houses to the poor and I will fulfil my dreams,” he added.