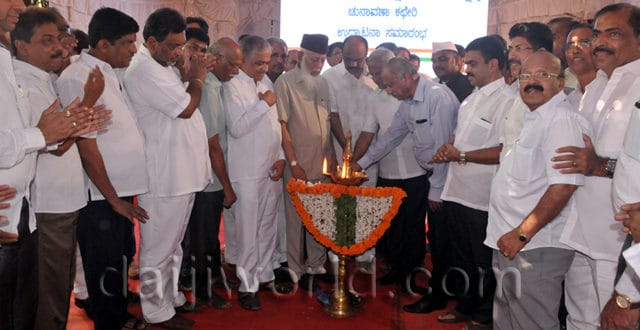 Inaugurating the office, K M Masood, senior Congress leader and former MLC said, “If a politician or representative wants to remain in the hearts of the people forever, he should always be honest with public which elects him. J R Lobo won the hearts of people with his development works. Without going behind any publicity, he has silently worked for his constituency. The entire city now knows what Lobo is. He has given a new shape to the city. He is the man behind the Smart City and several other major projects. There is a common cry that five years are not enough for development. But Lobo showed how one can perform developmental works in a limited period. Mangaluru city wants him for many more years. There is no doubt that under his leadership, the city will earn international fame with top class development and infrastructure.”

Releasing the book ‘Sadhaneya Hadiyalli’ containing details of developmental works done under J R Lobo’s leadership in Mangaluru south constituency, Harish Kumar, district Congress president said, “Lobo is a role model for all politicians and social workers. He never played politics in developmental works. He has worked in a clean way in his tenure. His leadership and pro-developing mentality is an advantage for Congress. But more importantly, he is a people’s leader and the public wants him to be their representative in future.”

MLC Ivan D’Souza said, “Electing J R lobo as an MLA in 2013, the people of Mangaluru proved that they are intelligent. They chose an able leader who could fulfill their expectations. Lobo has tried his best to fulfill the demands of people and in five years has become a popular leader in entire Dakshina Kannada. Lobo is an intelligent MLA for intelligent people. We are sure of public’s support in the upcoming elections as they know that Lobo means development.”