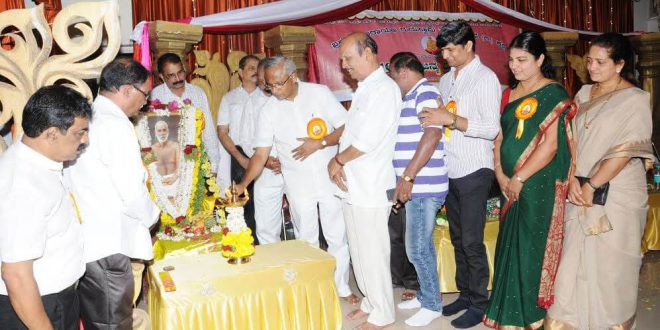 Mangaluru, 20 Sep 2016: Let us commit ourselves to live our lives as per the ideals of Brahmashree Narayana Guru, said MLA J R Lobo.

Narayana Guru is the visionary and social reformer shun the untouchability. He believed in equality among the people regardless of caste, creed and faith, said MLA Lobo.

The mayor Harinath inaugurated the programme on the occasion.