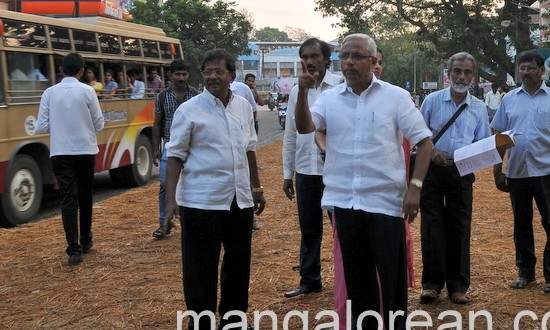 Later, speaking to the mediapersons Lobo said that out of the four lanes, two lanes will be completed in a week and it will kept for the curing process for three weeks. After four weeks the new road will be opened for the smooth flow of vehicles. Simultaneously the other two lane work will be carried out.

He also said that the concreting of the Bendur – Mallikatte (Kadri Temple Entrance) stretch will be started within a month. He also advised the engineers to make provision for the rain water drain and also the under ground drainage system and cables. He said that the road work should be done without harming the existing trees.