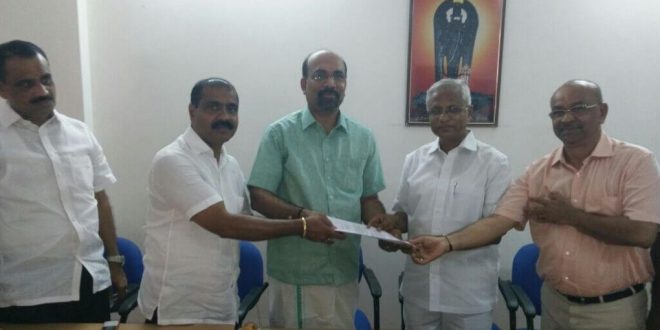 Mangaluru, 01 Nov 2016: The essence of all religions is peace and brotherhood, said MLA J R Lobo.

MLA Lobo was speaking after handing over the letter of approval for being sanctioning Rs 10 lac by the state administration to the historical Suryanarayana temple at Maroli, here on Monday, October 31.

Once upon a time, there was a small temple for deity Suryanarayan at Maroli, here. It’s because of the unity of local residents who worship at the temple, there has been steady growth in infrastructural facilities that are undertaken with the state funds, said MLA Lobo. He further said that the access road to the temple will be widened as more devotees are flocking to the historical temple, among a very few temples dedicated to deity Suryanarayana in Karnataka.