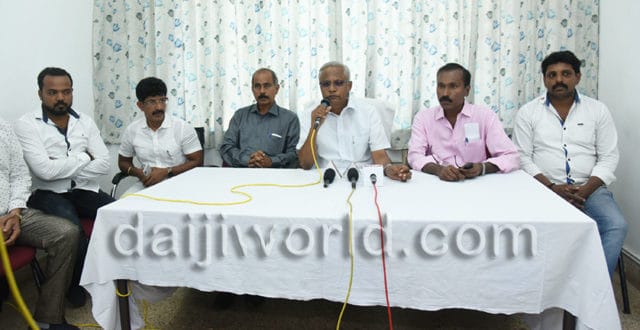 Mangaluru, Feb 21: MLA J R Lobo condemned the attack on the residents of Thota Bengre who were returning after attending the fishermen’s conference at Malpe on February 21.

Addressing media here on Wednesday, February 21, Lobo said, “A gang of strangers attacked youngsters at Thota Bengre who were returning from the fishermen’s convention. Four were injured in the attack. People were on their way to their houses in five buses. While four buses moved safely without any trouble, the fifth bus was attacked by a group of people shouting slogans. They pelted stones and injuring the youths,”

“There was altercation between two groups which was resolved after talks. Some miscreants even damaged mosques, houses and vehicles parked at Thota Bengre. People in Kasaba Bengre and Thota Bengre have been living peacefully. But this incident has created tension in the area. People responsible for the incident should be dealt very seriously and stringent action should be taken against the culprits. I have already spoken to police officials to take action and conduct an impartial investigation. Such untoward incidents should not be repeated.

“Leaders like Asif, Aslam, Sulaiman, Mohan, Shekar of Kasaba Bengre and Thota Bengre brought the situation under control. I would like to thank them for their timely action,” said Lobo.

When queried about DYFI’s allegations of fraud over providing free houses at Shakthinagar under the Ashraya Scheme, Lobo said, “DYFI has least experience about documentation and procedure undertaken to provide houses under the scheme. The work is under progress. Once completed, tender will be called and foundation stone will be laid.”

Corporator AC Vinayraj, T K Sudhir and others were present.