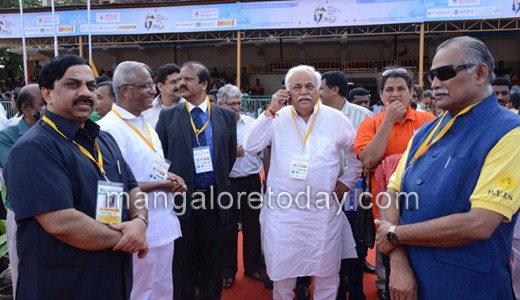 In the absence of Chief Minister Siddaramaiah senior minister of his cabinet R.V.Deshpande along with Sports and Youth Affair Minister Abhayachandra Jain has announced inauguration of national meet by blow away two thousand balloons.

The state government has taken initiative to open Centre for treatment sports injuries in Bengaluru and team of doctors from Bengaluru deployed here in the sports arena, Health Minister UT Khader said.

The elated Bollywood star Sunil Shetty has advised the athletes participating in the event to maintain sportsmen sprit and visit places of tourism and religious places in Mangaluru without fail.

This is the first time that the Federation Cup is being held in the district. A number of tabluex and various bands accompanied the guests, delegates and athletes in the procession.