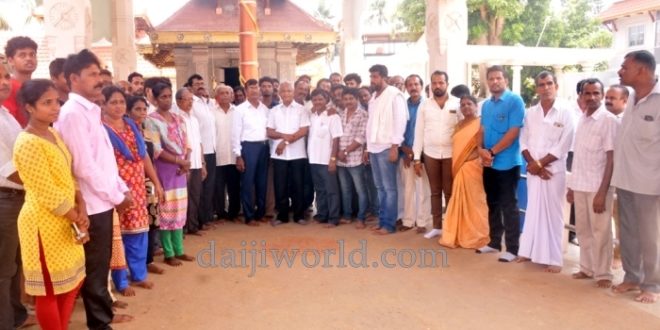 Mangaluru, May 9: Mangaluru South’s incumbent MLA J R Lobo is perhaps one of the very few politicians who has not let the pitfalls of politics get the better of him. An upright and clean politician, the former bureaucrat remains as simple and down-to-earth as ever, one of the few politicians whose income has not doubled in the last five years. He raised eyebrows when he decided to make his political debut by joining the Congress in 2013, but in the midst of dissidence within the party faction, the government servant in his political debut humbled the four-time Mangaluru South MLA Yogish Bhat with a big margin of 12,000 votes. For the last five years, Lobo, with his rich knowledge of the constituency has left no stone unturned in implementing different developmental schemes. People in the constituency have time and again lauded him for his vision and action in taking the city forward.

John Richard Lobo, better known to everyone as J R Lobo was born on March 26, 1953 in Kouduru village of Kolalmbe grama of Mangaluru taluk. He successfully cleared KAS exam in 1977 and worked as a tahasildar in Madikeri, Koppa, Somwarpete, Chikkamagaluru and Puttur taluk. He also served in different parts of Karnataka in various capacities such as assistant director of food and civil supplies, Dakshina Kannada, as additional deputy commissioner, DK, additional divisional officer of Sirsi division, overall in-charge officer of Mangaluru-Bengaluru petroleum pipeline, commissioner of Mangaluru City Corporation, as planning director of Coastal ADB plan etc.

J R Lobo has evinced keen interest in developing tourism in Dakshina Kannada. Apart from his regular responsibilities he also served as the executive director of Pilikula Nisargadhama for 18 years from 1994 to 2012 and has been instrumental in the progress and transformation of Pilikula Nisargadhama as an important tourist attraction of Dakshina Kannada. Today, Pilikula attracts a huge number of tourists and visitors with its wide range of recreational facilities and knowledge centres – India’s first 3D planetarium being the icing on the cake.

After rendering 35 years of fruitful service as KAS officer, he took voluntary retirement to foray into active politics.

In these last 5 years, he has worked diligently for the development of Mangaluru South Constituency. His main aim is to see the emergence of Mangaluru as a well developed and modern city and he has initiated and implemented many projects and programmes.

1) Lobo has brought about drastic improvement in roads, footpaths and under passes. In addition, under the smart city project, a planned approach has been initiated to improve roads in Old Port, Hampankatta and Car Street. He has improved the road connecting to the Kankanady Railway Station for which a sum of Rs. 4.50 crores has been sanctioned. The underpass built at Padil-Bajal at a cost of Rs. 2 crores has given a respite to the people who were facing lot of hardships due to railway crossing affecting their daily movement.

To reduce traffic pressure on the main road, various road development projects have been implemented at a cost of Rs. 300 crores.

In the last five years, footpaths have been constructed in many parts of the city. Implementation of broadening of roads and construction of footpaths is being implemented in the city at a cost of Rs 200 crore.

2) Solving water issues: The work on Thumbay dam which has a capacity of storing water to a height of 7 metre has been completed. This will ensure that there is no drinking water shortage problem facing the city for the next 30 years.

Quality water meters will be provided with a view to improve collection of water bills from citizens.

Steps have been initiated to improve water source bodies and water distribution to ensure that the city will not suffer from water shortage in the future.

3) 2nd Phase of ADB project: An amount of Rs. 350 crores was sanctioned to Mangaluru City under the ADB Project. This money was utilised to provide drinking water supply, underground drainage, solid waste management and for the development of roads. An additional amount Rs. 600 crores was requested under the 2nd phase of ADB project. This grant will help in completing the work pertaining to drinking water supply and underground drainage system.

5) Solid Waste Management: Mangaluru has been made a city without any garbage bins and this has been achieved through door to door garbage collection. The next objective is to start the work of processing of waste at Pachanadi. The pros and cons of producing electricity through waste will also be considered in the near future.

6) Work has already been started in providing LED street lights for the first time in the city. In the coming days, the entire city will be provided with LED street lights in a phased manner. In the last 4 years, an amount of Rs. 4.60 crores has been spent to provide about 6,000 LED lamps in the city.

7) Lobo has been successful in getting a grant of Rs. 200 crores to Mangaluru, with an equal contribution from central and state governments under Amrith Project. This amount will be utilised to completely repair the underground drainage system at Old Bunder.

8) Construction of Modern Markets: The Bejai market in the city was in a state of neglect for many years. Now the market has been converted into a modern market area. Similarly, the Urva market was in a dilapidated condition and the same is being reconstructed at a cost of Rs. 1.17 crores. Alake Market is also getting renovated at a cost of Rs. 1 crore. Plans are in the offing to have a weekly market in the area like the Bikarnakatte-Kaikamba market.

The Kadri market will be renovated at a cost of about Rs. 16 crores and work on this will commence soon. The Kankanady Market will be totally revamped at an estimated cost of Rs. 41.50 crores. Urvastore market is being renovated at a cost of Rs. 26.50 crores. The flower market in Car Street is also being repaired. The central market is also under reconstruction under the Smart City Project. In the near future, steps will be taken to improve the markets in Shaktinagar, Bajal and Jappinamogaru areas.

10) Homes for the Poor: A multi-storey apartment of about 930 homes is coming up in Shaktinagar for the poor.

11) Ashraya Homes: Providing title deeds to about 93 poor families who were staying in Ashraya homes in Rajiv Nagar Colony, Labour Colony and other colonies in the city without necessary documents.

17) MESCOM Committees: For the first time, division wise MESCOM committees have been set up to discuss and find a suitable solution to the problem of power supply.

21) Discussion in Lakshadweep with authorities for improving port activities.

22) Improvement of roads through PWD department.

23) Sanction of Old age Pension, Widow Pension and other benefits.

25) Improvement of the Wenlock Hospital.

27) About 25 health camps have been conducted in the constituency in the last five years.

28) Developmental activities for the welfare of Minorities have been undertaken.

32) To empower the students of the minority community, the government has come up with Higher Education Scheme to enable them to opt for higher education abroad.

33) International standard swimming pool is being planned at Emmekere at an estimated cost of Rs. 16 crores.

37) Women and Child Welfare schemes and setting up an additional 6 Anganawadi Kendras.

38) Maintenance of law and order with no untoward incident reported from the constituency in the last five years.

40) Development of Kadri Park, repairing the kid’s train and constructing a musical fountain.

His talent as MLA recognised, Lobo has been given many responsibilities by the government that include chairman of committee on welfare of backward classes and minorities, president of SC and ST Welfare Committee of Karnataka State Legislative Assembly, member of the Assembly’s NICE Corridor inquiry committee, Rajiv Gandhi Health University Senate member, member of the state Wildlife Committee, academy council member of Mangaluru University,
vice-president of Karnataka State Christian Development Board and president of the sub committee.

Some of the future initiatives Lobo plans to take up for city’s development:

– Expansion of the Airport

– Increase the inflow of investment in Mangaluru in IT Sector.

Lobo’s vision to develop Mangaluru into a smart city:

– Providing modern and well segregated markets by rebuilding major markets in the city.

– Proper processing of the solid waste collected from Pachanadi and trying to generate electricity from this waste.

– Improving Kadri Park and make it an attractive destination.

– Providing modern and sophisticated private and government bus terminals to Mangaluru city. Also, construction of smart shops for street vendors in various parts of the city is planned.

– Improving underground water by ensuring renovation of lakes and setting up parks in the vicinity.

– Improving Wenlock hospital and converting it into a regional hospital. Ensuring full utilisation of the new building of the Lady Goschen hospital.

– Measures will be taken to improve infrastructure facilities at burial grounds in the city belonging to different religions and also at the places of worship.

– Creating better employment opportunities to the people of the city by measures such as encouraging inflow of more investment in various fields such as Information Technology, Tourism, and Industry and in the Education sector.

– Concerted efforts to improve the image of “Brand Mangaluru” with a view to attract more investment. No effort will be spared towards maintaining law and order in the city.

– Priority will be given to set up power supply sub stations, provide underground electric cabling in important junctions in the city and also work towards solving the power supply crisis facing the city.

· Steps will be initiated to set up Government Medical College and Government Engineering College in the city and priority will be given to provide technical education.

– Top priority will be given to improve infrastructure and other facilities in Government schools and colleges.

– Improve facilities at the old port, encourage arrival of more ships and improve trade and commerce with Lakshadweep Island.

– Steps will be taken towards making Green Mangaluru by improving green cover and also to improve cleanliness in the city.

– Work towards providing better facilities for customers at the Mangaluru International Airport.

– To foster communal harmony, improve basic facilities at all places of worship such as temples, churches and mosques.

– Setting up homes for the poor under Ashraya Scheme and extend a helping hand to improve healthcare facilities to the poor and the needy.

J R Lobo’s holistic vision for Mangaluru’s development and his clean image are going to be his trump card this election. His opponent, BJP candidate Vedavyas Kamath too has development as his agenda, but the dependence on ‘Modi wave’ may or may not work in his favour. As per analysts, though Dakshina Kannada has traditionally been a BJP stronghold, there is no anti-incumbency factor in Mangaluru South given the fact that most people are quite satisfied with the sitting MLA’s performance. J R Lobo is confident that people’s satisfaction with his work will translate into votes. 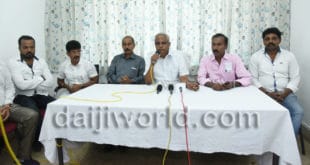