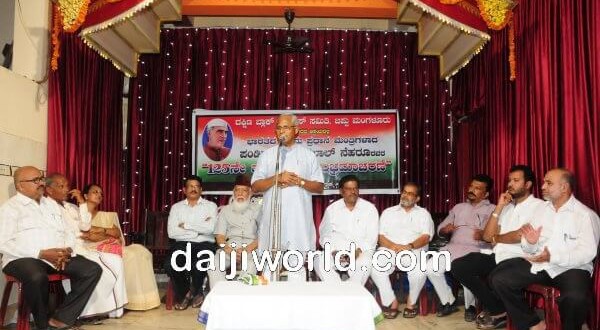 Image from post regarding Birth anniversary of Nehru celebrated

MLA J R Lobo, chief guest of the occasion said that the thinking of Nehru should be made known to students and youth in order to create awareness. Block congress president J Nagendra Kumar chaired the
programme, gave the keynote address and welcomed the guests.

Shivarama Shetty, professor of Kannada at Mangaluru University and chief orator in the programme explained the life, social thoughts, political ups and downs and feelings of communal harmony of the late
leader and called on the audience to implement them in the present day politics. He also called on the them to be service minded and far sighted.

School bags were distributed among the Seva Dal students on the occasion.