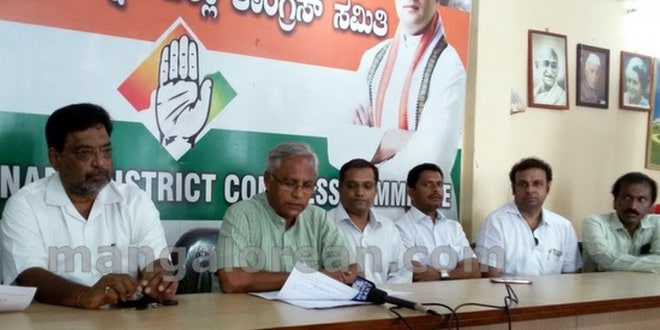 Addressing the mediapersons, Lobo said that the road which comes under the Mangaluru City Corporation from Balmatta Canara Bank Circle to Bendurwell Karavali Circle will be named after late Congress leader Blasius as the ‘Blasius D’Souza Road’. He further said, “Blasius D’Souza had served in the council from 1962 to 1979. At that time, there were very few councillors and they have all done a lot of good work. From 1972 to 1979, he was the president of the Mangaluru City Municipal Council. During that time, there was drinking water problem and Blasius worked hard to provide drinking water. The markets and drainage system were also developed by Blasius D’Souza. He had served the party in various committees. He was very much interested in sports and was the district hockey federation president, and executive committee member of Cheshire home. He attend the 1994 International Labour Organization meet where he represented India as a deputy leader. He was the senate member of Mangaluru University.”

“He was also the President of the development committee of Wenlock and Lady Goschen hospital. He had played a vital role in the development of Mangaluru city. Recognizing his service, the state government has named the road as Blasius D’Souza Road. Those who have served the society, should be recognized by the people so that it will be an inspiration to others who serve the society. Late Blasius also guided and trained many youth who have become successful political leaders.”

When asked how the government would do justice to the hockey players when the hockey ground is being used as a bus stand since a decade, Lobo said that the concerned authorities are trying to find a suitable place to shift the bus stand to restore the hockey ground.

Lobo also thanked the Police Commissioner, Deputy Commissioner and the Mangaluru City Corporation for their support in naming the road.

Rohit D’Souza, Arun Coelho and others were also present.