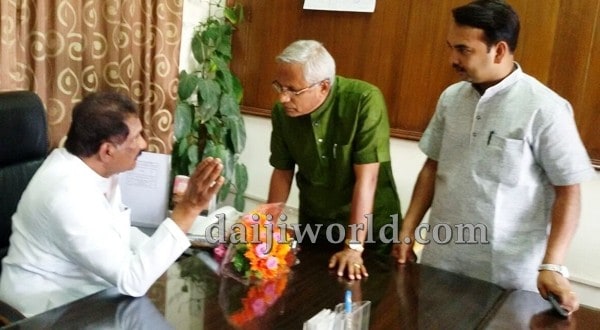 Mangaluru, Feb 26: MLA J R Lobo on Thursday February 26 met home minister K J George to express concerns about the attack on St Joseph Vaz prayer centre at Panir here. Lobo was accompanied by Denis D’Silva, convenor of International Federation of Karnataka Christian Associations (IFKCA).
The home minister is learnt to have assured protection to the Christians in the region.

Speaking to daijiworld J R Lobo said, “We had a meeting with the home minister. He said that he has instructed the police department to take stern action aganst the miscreants as per the law. He also assured that the state takes the issue very seriously and is bound to protect all the religious places of worship in the state. Every person, no matter which religion he belongs to, has the right to practise his religion. Home minister has told us not to have any apprehensions on the matter of security in the state.”

Denis D’Silva who was part of the delegation said, “IFKCA has condemned the incident carried out by anti-social elements to disrupt peace. The home minister has assured that matter would be dealt with.”
Miscreants pelted stones at St Joseph Vaz prayer centre at Panir on the night of Tuesday February 24, damaging the glass enclosure containing the statues of Mother Mary and Infant Jesus.