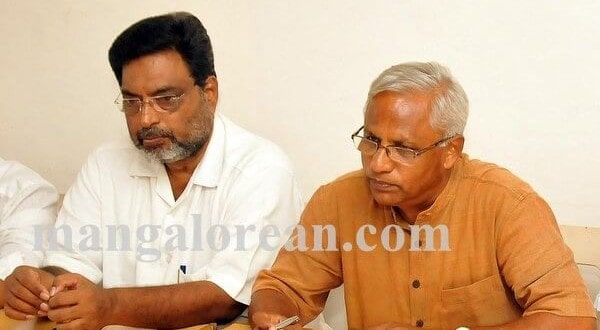 Image from post regarding Mangaluru: 800 Houses to be Built for Economically Weaker Section at Shaktinagar – MLA Lobo

Mangaluru: 800 Houses to be Built for Economically Weaker Section at Shaktinagar – MLA Lobo

Addressing the mediapersons Lobo said, “In Mangaluru city, from many years we have not been able to provide houses to the poor people. When I was the commissioner of MCC, in 2003, we attempted to build houses under the Rajiv Gandhi Rural Housing Corporation, and built Rajiv Gandhi Badavane in Shaktinagar. There were a number of applications and we have given houses to the poor in 2003 Since then we have failed to provide housing and more than 2000 poor families are waiting to get houses. Under the Rajiv Gandhi Rural Housing Corporation we are trying to build 800 houses. We have identified 4 acres of land at Shaktinagar next to the Rajiv Gandhi Badavane. We have finalized the area and we will build 800 houses in blocks with ground + 2 floors. The state government has revised the guidelines and according to the new guidelines the beneficiaries will get a Rs 5 lakh worth flat.

He further said that the beneficiaries from SC/ST will have pay Rs 20,000 and others Rs 30,000 for the government. The beneficiaries will also get loan from the bank, SC/STs to get Rs 50,000 loan and others will have to apply for Rs 1.3 lakh loan from the bank. Rest of the amount will be borne by the government. We have prepared the DPR and sent to the state government, once we get the approval we have to send the same report to the Union government. If there are any poor families who need housing, they can apply for the same. The beneficiaries will be selected ward wise and the poorest of the poor will be given priority. The houses will be built within 18 months.

The houses will be of 700 sq ft. facilities like, electricity, underground drainage, garden, road, water supply will be made available.

Lobo also said, “My intention is to build 1500 houses for the poor, but we have only received 4 acres of land which can accommodate 800 houses. In the first phase we will build only 800 houses (ground + 2) and the construction will be given to Nirmithi Kendra as they are experts in constructing low budget houses. From the government the SC/ST will get Rs 4.5 lakh grant and the minorities, backward classes will be given Rs 3.3 lakh grant. If we give land, it will encourage the beneficiaries to create slums in the area. If we build and give them houses it will be easier for the economically weaker sections.

He also said that the beneficiaries will be selected ward wise without any discrimination. SC/ST, economically weaker section from the minority and other community will be given preference. This is the first project in Mangaluru and we will complete the project within 18 months.