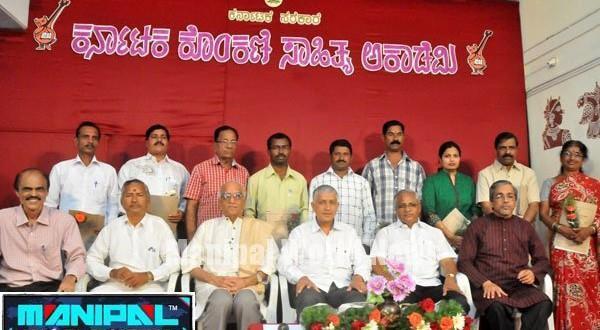 Mangalore, March 6, 2014: Newly appointed president of Karnataka Konkani Sahitya Academy Roy Castelino took over the charge during the function held at the Academy office premises here on March 6,2014.Mangalore South MLA JR Lobo who was present as a chief guest, handed over the appointment letter to Castelino.

The ceremony began with a prayer song, led by Ivan Mascarenhas, teacher at Lourdes Central School. Dr B Devadas Pai, registrar of Karnataka Konkani Sahitya Academy welcomed the guests and a floral welcome was extended to all the dignitaries.

In his address, the new Academy President Roy Castelino promised to work for the overall development of Konkani language, literature and culture during his tenure.