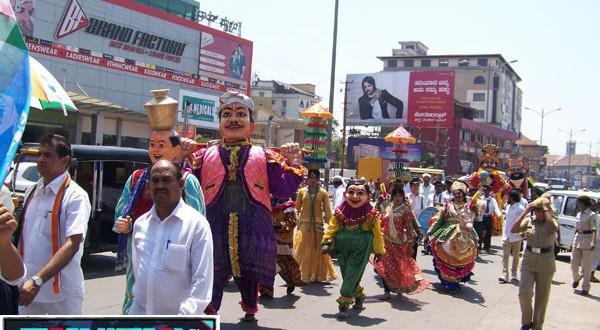 Image from Post Regarding Congress Padayatra from Tokkottu to Kulur

Mangalore, Mar 15, 2014: Congress Padayatra from Thokkottu to Kulur Junction organised by the District Congress Committee. Dakshina Kannada District State Forest Minister B Ramanatha Rai flagged off the Padayatra by handing over the party flag to Janardhana Poojari at the Veera Maruthi Vyayama Shale at Tokkottu.