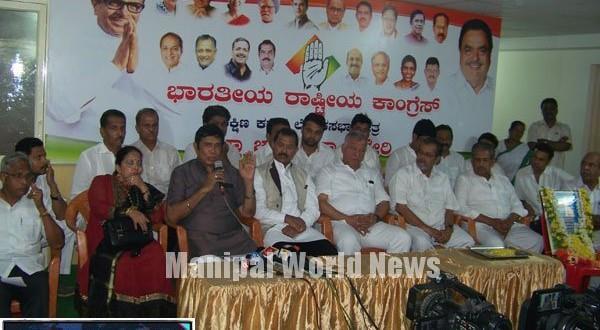 He was speaking after offering floral tributes to the portrait of Dr BR Ambedkar, the architect of the Indian Constitution on the occasion of Ambedkar Jayanthi celebrated at the Congress Election office in the city on April 14, 2014.

Showering praises on DK Congress candidate Janardhana Poojari, Faleiro described Poojary as a sincere and disciplined politician who had brought banking to the doorsteps of the poor during his tenure as Union Minister. There is a need to make him win to help the district progress further, Faleiro said.