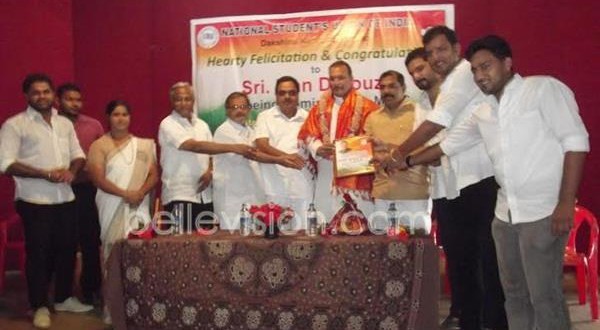 Speaking on the occasion, minister Rai said that Ivan D’Souza is active member of the Congress party. He has created his own identity by fighting for justice against various organizations. Whenever there were social problems, Ivan has agitated against them. Ivan has remained cool even when he was criticized. Some people criticize Ivan because he is very active in every field and he is also successful.