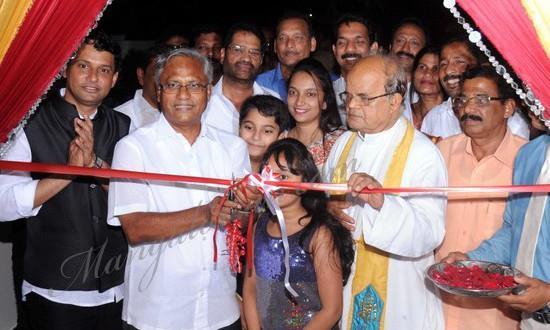 Fr Ravi Santosh Kamath, of Fatima Retreat House, blessed the project. Speaking on the occasion Fr Kamath said that ‘Bellissima’ means ‘the most beautiful’ in Italian, and that is what the promoters intend it to be. Rohan has played a vital role in beautifying Mangalore city.

MLA of Mangalore South Constituency J R Lobo inaugurated the super Luxury apartment project by cutting the ribbon. Speaking on the occasion Lobo said that two years ago, in this place there was an old building but Rohan has given a special beauty to this location by building super luxurious apartments. Lobo further said that Rohan is a very humble person and is doing his work with dedication, such people will be blessed by God and they will be successful in life.  Rohan is the role model to the young entrepreneurs, they should follow him to be successful in life. Whatever projects he has taken up, have completed on time giving importance to quality work.

MP Nalin Kumar Kateel speaking on the occasion said that Rohan infratech has always given importance to quality in every project without thinking of profit. Rohan is building apartments according to the taste of the customers and he is successful in his venture. In the development of Mangalore city, Rohan has played an important role. His projects have brought beauty to the city and he is very popular in construction business. Nalin wished Rohan all the very best and wished him to reach greater heights with world famous projects.

Chairman of SCDCC bank Rajendra Kumar said that Property Infratech led by Rohan understood the requirements of their clients and have been building apartments according to their taste and comfort. The project Bellissima is the thirteenth completed project and it is an earthquake-resistant apartment. Rohan has contributed his best towards the growth of the city and made this city a better place to live in.