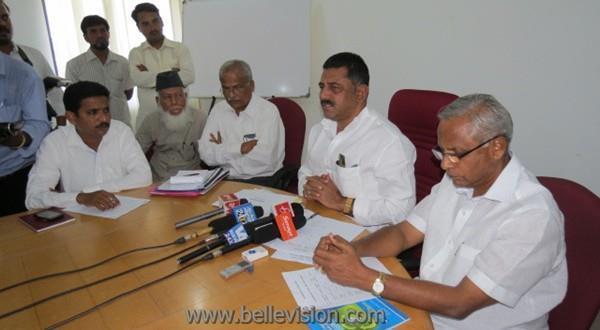 Mangalore, 3 Mar 2014: ‘The government has initiated a rooftop solar project, wherein power obtained from solar energy can be used for household needs, and surplus power transmitted on to the electricity grid by meter. Everyone should make optimum use of this system,’ said state energy minister D K Shivakumar.

Addressing a media conference at Mescom office here on Sunday March 2, minister Shivakumar said, ‘Consumers of rooftop solar energy will be paid Rs 8.40 per slab. Solar policy is new and people should come forward to implement it. The government will also educate people on this project. This project has been introduced for the benefit of the people, and it will be implemented in buildings in the future.

‘Farmers will get 7 hours electricity as subsidy of Rs 6,200 crore has been reserved in the recent budget. The government has planned to make Karnataka a power sufficient state for political stability and industrial growth, and particularly to attract new investments,’ said minister Shivakumar.

The government has strictly ordered all zilla panchayats, municipalities and corporations to sanction electricity for the purpose of drinking water within 24 hours of filing the application. Considering that exam times are approaching, officers have been directed to avoid load-shedding in the interest of students. There may be erratic power-cuts due to technical reasons but these will be exception,’ added minister Shivakumar.

‘Under the concept of ‘One nation one grid’, on Tuesday March 4 we will sign an agreement to purchase 450 mw of power from Damodar valley project. Also, tenders will be called to buy 1,000 mw of power on a long term basis and action will be taken accordingly. All states are welcome to take part,’ said minister Shivakumar.

As per MLA J R Lobo’s demand, the government will have a new chief electrical inspectorate in Mangalore for 4 districts. Its office will be inaugurated very soon, he said.

J R Lobo and Mescom MD Govindappa were present at the media conference.