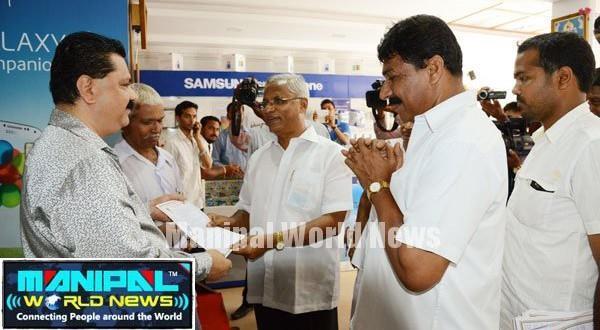 Mangalore, April 12, 2014: Mangalore South MLA JR Lobo was on a brisk campaigning spree near the New Chitra Talkies and Alake area in the city on April 10, 2014.

MLA met the local residents and other people and requested them to cast their votes in favour of Janardhana Poojary, the Congress Candidate from DK constituency.

Speaking to the mediapersons Lobo said that we have completed most of the campaign. We have gone house to house for the election campaign and we have received very good response from the people of the district. The party workers are busy campaigning in their respective areas and getting positive response and support from the people. This shows that the Congress candidate will surely win in the 17th constituency with a huge margin.