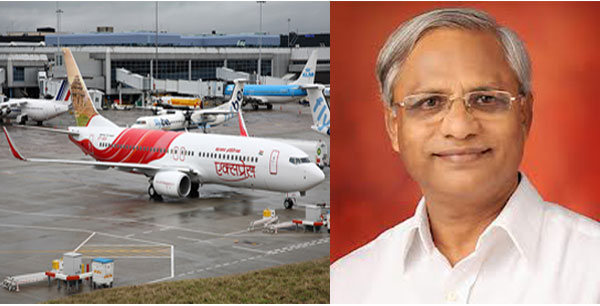 Mangalore, August 20: MLA J R Lobo has said that, the Mangalore-Kuwait flight service is likely to resume operations from this October.

A delegation led by Mangalore South MLA J R Lobo and minister Roshan Baig had recently met union minister of state for civil aviation G M Siddeshwar and urged him to resume the flight service. A positive outcome of the meeting had been reported.

Addressing the media, J R Lobo said that he has unofficially received information from the civil aviation ministry that Mangalore-Kuwait flight would resume operation from this winter season, which starts from October.

It is learnt that the flight will be operated thrice a week and not on a daily basis.

The sources revealed that Mangalore-Bahrain-Kuwait route is being planned instead of a direct flight.

It is reported that the Mangalore-Kuwait direct flight operation was suspended in February this year due to ending of lease of ‘Air India Express’ aircraft and lack of passengers from Mangalore to Kuwait. Since then, there have been demands from various quarters, particularly from organizations based in Kuwait to resume the flight.

Sources revealed that the official announcement about resumption of the flight service can be expected shortly.