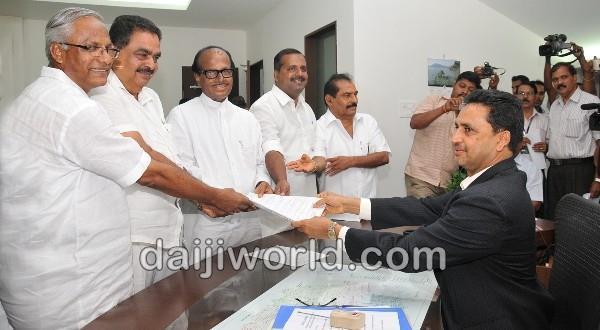 March 26 is the last day for filing nominations.

Addressing reporters after filing the nomination, Poojary said, “I have filed four sets of nominations. Our campaign has already begun and the party workers are full of enthusiasm. They are putting in great efforts as if they themselves have stood for elections.

“Our padayatra received good response and the work done by the chief minister and the government have appreciated and welcomed by the people. We need to build the nation on the foundation of communal harmony and not play divisive politics,” he added.

Commenting on BJP, he said, “The BJP right from Kashmir to Kanyakumari has been asking votes in the name of Narendra Modi (PM candidate) and not in the party’s name or of its candidates. This means the contest is between Modi and me. Other parties like JD(S) are not even in the race,”