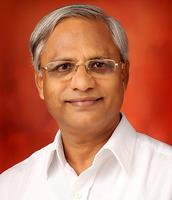 The announcement was made by district Congress president Ramanath Rai as per the directions of KPCC chief Dr Parameshwar.

Lobo, who has been seen as a strong contender for the upcoming Karnataka Assembly poll, officially joined Congress on July 28, 2012, amidst a party meeting that had turned chaotic after protest from some of the party workers.