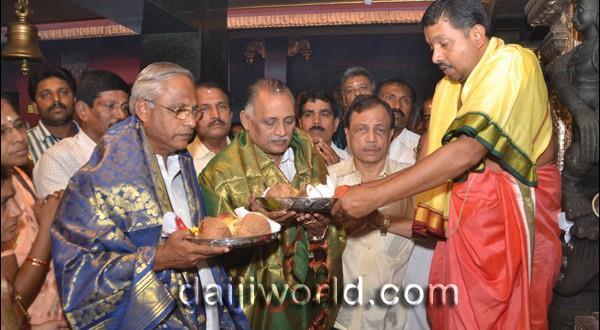 They also offered special prayers to the deities of Kudroli Temple. Cake cutting and distribution of kuswar and sweets was held in all the three places.

In his message, J R Lobo said, “All religions are same and preach the same values. All believe in one god but in different forms, hence we must uphold harmony among communities. Ours is a land of unity in diversity and thus we have to set an example and be a role model to other countries.

“Dakshina Kannada must become a district of communal harmony and thus pave the way for overall development of the district,” he added.

Abhaychandra Jain said, “Festivals unite us and this celebration being organized today is a prime example for this. The MLA has personally visited various places today to share the joy and happiness of Christmas, which in itself has given a strong message to the people.”

He added, “Communal harmony like in India is found nowhere else in the world, and as an example of this Christmas is being celebrated in Muslim Central Committee and Jamiyyatul Falah offices and Kudroli Temple. People of Tulunadu lived in harmony before and there is a need to continue to live in peace and coexistence in the present days also.”