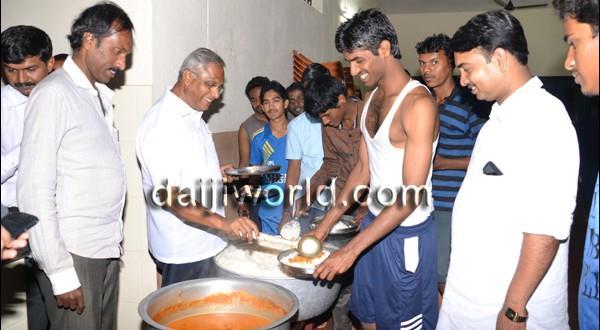 The hostels he visited were those in Ashoknagar and Kadri.

Lobo visited almost all the rooms, and personally interacted with the students. He listened to their grievances. He also inspected the kitchen, toilets, dining room, store room and examined the standard of maintainence. He instructed the staff to be more dedicated and work towards improving the system.

He further held discussions with the students and urged them to be more focused on studies and make themselves, their parents and their institutions proud.

“The facilities here are considerably better than those in some of the paid private hostels in the city. We have to be thankful to the government for providing us at least these facilities. I will be carrying out more surprise visits to these hostels in the coming days and also, if you are facing any problem, please do bring it to the notice of the people concerned here or the local corporators,” he told the students.

He also tasted the food that was ready to be served in the hostel.