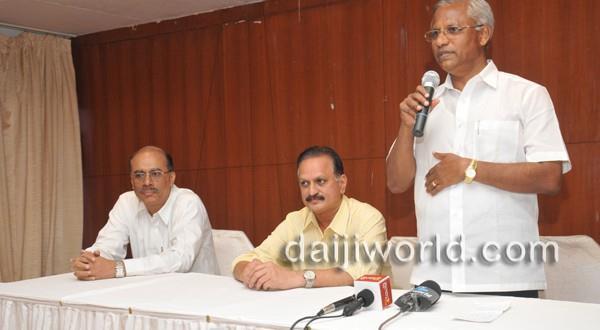 Mangalore, May 1: “Mangalore is a unique place, a center for education and business. People from Mangalore have earned good reputation throughout the world. But unfortunately, over the past five years the name of the city has been spoiled by 0.05 percent of the people for various reasons, disturbing co-existence and peace of Mangalore where people of different caste, creed, religion live. Their disgraceful activities have defamed the name of the city,” said J R Lobo.

He was addressing a meeting organized for doctors, engineers, architects and other professionals hotel Moti Mahal here on Wednesday May 1.

“Mangalore is an educational center where numerous students come from different places but due to these incidents parents fear to send their children to the city. Even tourists are lesser, and decline in business has affected the local economy,” he added.

Commenting on the demolitiion of Lady Goshen hospital, Lobo said the hospital had been razed down without following proper norms. “The government should deposit 33.3% of the money to be spent on the project before the demolition. This was really irresponsible of the MLA. Later Veerappa Moily brought Rs 23 crore from private firms and laid the foundation stone for the project,” he said.

“The BJP government was not people-friendly. The poor could not get permission to construct houses on 3 cents of land, and were made to wait for more than one year. There is no proper infrastructure like footpath and roads. The concrete roads have been constructed without following proper scientific guidelines,” he said.

Referring to issue of his affidavit which the BJP had claimed as false, Lobo said the allegation was baseless and that even the BJP itself did not have any proof to support its claim.

Senior doctor Ghansham, auditor Rudolf Rodrigues and others were present.