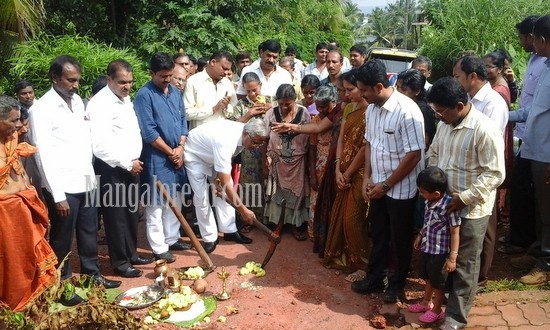 Speaking on the occasion J R Lobo said that all interior roads which come under the Mangalore City Corporation limits should be developed. “At present most of the interior roads are in a pathetic condition and the school children and the people who use these roads face severe problems. The city corporation should take special interest to develop these roads.”

Lobo further said, “Preetinagar road will be concretized under the state governments special development fund. The work will be completed as soon as possible.”