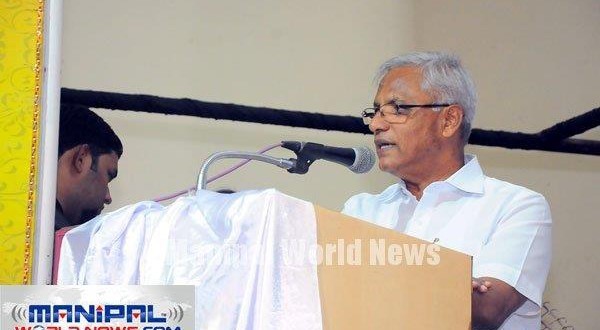 Mangalore : ICYM Diocese of Mangalore Gets its 2nd lady President after 16 years

Mangalore, July 8, 2014 : In the 67th general body meeting that was held in the Rosario Cathedral hall Melreeda Rodrigues of Bolkunje parish, kinnigoli was elected as the 2nd lady president of the central council thus repeating the history after 16 years.

She defeated her counterpart Selwyn Colaco of Hospet parish to make herself as the second president of the Diocesan council.

Along with the general body meeting the annual cup distribution ceremony was also held.

The program was presided over by the bishop of Mangalore diocese while MLA of Mangalore constituency JR Lobo and MLC Ivan D’souza were the chief guests.

Bishop in his address emphasized the need to have social oriented youth. He said “Today there is a need to have responsible youth in our society. Along with this they should also work to build relations. Using the talents they have, they should give goodness to the society.”

MLA JR Lobo explained the need to be economically independent in the society.

He said “The youth should work for the economic empowerment. Only when we stand on our own legs the society will recognize us. It would be government job or a business of your own. The only thing that I stress upon is that the youth should work for their motherland. If anyone comes forward with a request for guidance I am always ready for the youth.”

The MLC Ivan D’souza explained his political journey from ICYM.

He said “I am the product of this organization. Today if I stand anywhere in the society then its only because of ICYM. This movement has given me strength to serve people in the society.”

“Success can not be achieved immediately. The youth have to be patient and work hard. They should utilize the opportunities given by ICYM to reach greater heights.”, he added.

The Bishop and the National Advisor handed over the key of the new vehicle of ICYM to Fr. Ronald.

The new Executive committee that has come into existence for the year 2014-15 is as follows:

ICYM is the organization to donate more than 1300 units of blood to the people of all the religion from June 2013 to June 2014 and to organize the protest against the proposed Niddodi power plant.