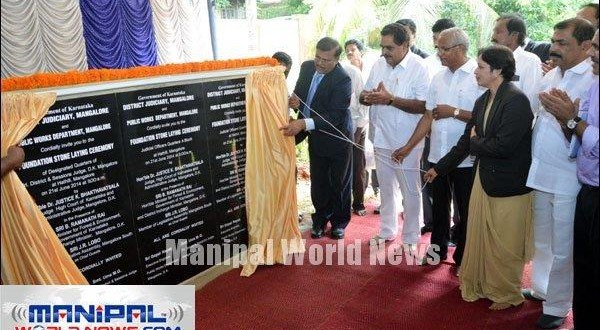 Speaking to the media  Justice K Bhakthavatsala said that the construction work will begin very soon after the end of Rainy season.

”The budget of designated quarters of Prl. District and Sessions Judge, is estimated at Rs 135 lacs, with 4,000 square feet, and will finish within a year. Judicial officers quarters A block is estimated at 8.20 lacs with 12 flats, Judicial officers quarters B block will cost around 10 lacs with 16 flats included. These will be built in the place where the old quarters is there and these old quarters are almost 60 years old.” he said.

” In Moodbidri the construction of court and quarters is completed and will be inaugurated within one month and in Belthangady construction of twin quarters at Rs 200 crores has just begun.” he added.