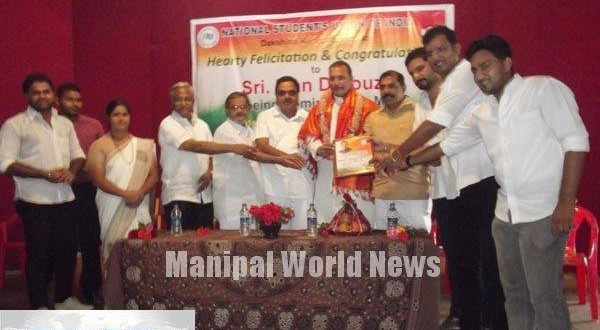 District Minister In-charge B Ramanath Rai Inaugurated the programme by lighting the lamp along with other dignitaries. MLC Ivan D’Souza was felicitated by Ramanath Rai on the occasion.

Addressing the gathering Rai said that Ivan D’Souza is a active member of the Congress Party. He has created his own identity by fighting for justice against various organizations. whenever there are social problems, Ivan D’Souza has agitated against them. Ivan has remained cool even when there was any criticism against him. Some people criticize Ivan because he is very active in every field and he is also successful.