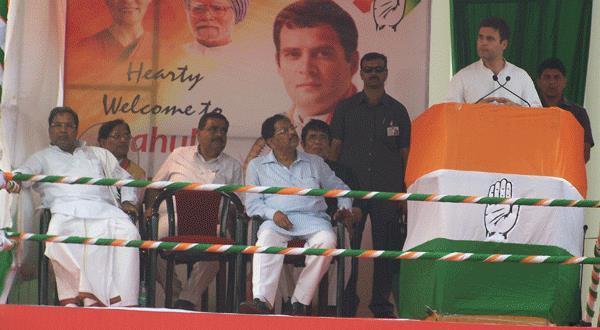 Rahul arrived in the city after addressing a rally at Bellary earlier in the afternoon.

He was giving a guard of honour by Congress Seva Dal as soon as he arrived at the venue.Dr Parameshwar delivered the welcome address, wherein he said that Bharathiya Janatha Party has no moral right to speak on corruption when it has leaders like B S Yeddyurappa and Ananth Kumar. He urged people to vote for Congress and for its Lok Sabha candidate Janardhan Poojary, and said it is important to bring Congress to power to ‘save democracy’. He also said that these elections are very important for Congress, especially in the coastal region.