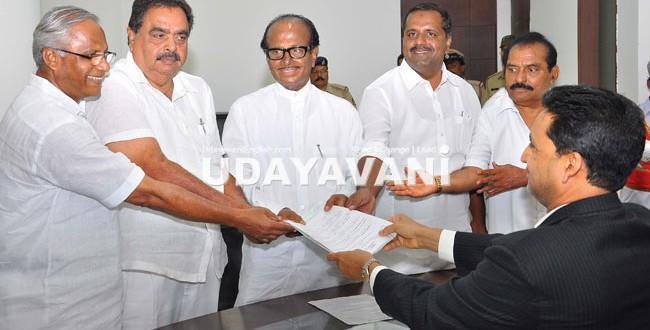 Poojary was accompanied by U.T. Khader, minister for health and family welfare, Ramanath Rai, minister for forest, ecology and environment and DK district in-charge minister, J.R. Lobo and Vasanth Bangera, MLAs among others.

Later talking to the media he said, “Only a secular party like Congress has the courage to visit every household and ask for votes. People are very enthusiastic to vote for Congress as the party has successfully been implementing various pro-public schemes over the years.”

Taking a dig at the BJP he said, “BJP has been campaigning only in the name of Modi and not the local candidate right. This practice has been followed right from Kanyakumari to Kashmir. The case is no different in Dakshina Kannada.”