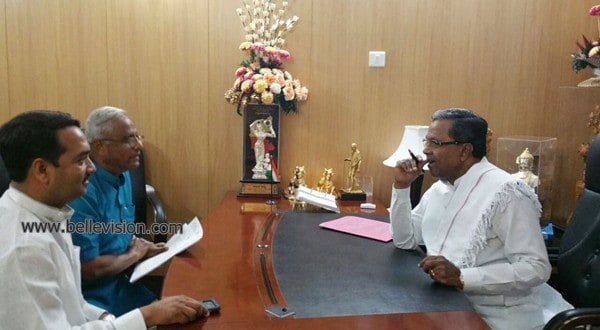 Image from Post Regarding Lobo meets CM, seeks action against the kidnap of nun, end to moral policing

Besides, the MLA also informed the Chief Minister on the rise in moral policing in the city. “There is a sense of insecurity among the general public, particularly among the minorities, after a series of incidents involving moral policing and communal clash in coastal Karnataka. A large number of students come to the city for studies and their parents are anxious about the rise in anti social elements”, he told the Chief Minister.

In reply, the Chief Minister promised to discuss the matter with the Home Minister and the police officers. “There is no reason for the public to feel insecure. The police are instructed to take action against those indulging in any anti-social activities”, the CM told the MLA and assured special consideration to the district in terms of law and order.

Meanwhile, Mr. Lobo also thanked the CM for nabbing the culprit involved in damaging the shrine at Deraklate.